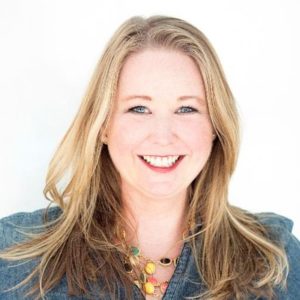 As a director-level editor, Meghann has worked at many major women’s magazines, including Elle, Woman’s Day, For Me, Womansday.com, Seventeen, Redbookmag.com, Scholastic Choices, Bauer Teen Group and Working Mother, and as a freelance travel writer, she’s reported stories on destinations throughout Central America, Europe, Israel, Asia and Australia for T+L, NY Daily News and Brit+Co. Her novel Meternity has been translated into four languages, optioned by Amblin Partners for television, and called “A fresh, contemporary take on love and work, marriage and motherhood,” by NY Times bestselling author Emily Giffin. In addition to writing and editing, Meghann loves helping women entrepreneurs take their brands to the next level through her custom content strategy development process.

In addition to writing Meternity (MIRA, May 2016), Meghann Foye is an experienced women’s magazine editor, previously serving as senior web editor at Redbook Magazine, deputy editor of Seventeen Magazine, and at Woman’s Day, For Me and Elle.com, where she got her first taste of good strong coffee while covering fashion shows as an assistant in the Paris office. Meghann took her own #Meternity from 2010 to 2012 when she quit her job to travel to China, Japan, India, Southeast Asia and Australia to pen freelance travel articles and write this book.

Want to learn more about working with Meghann?